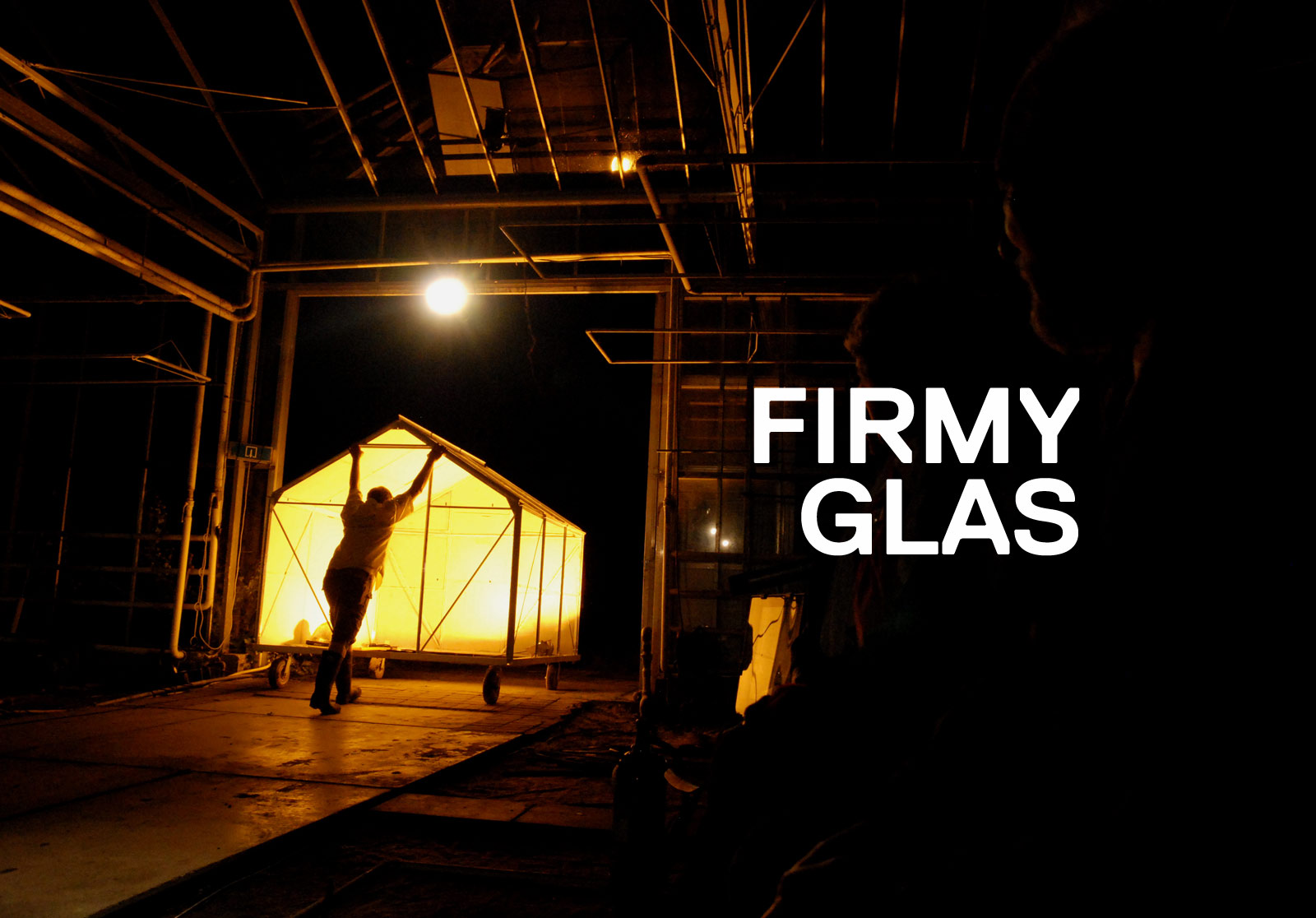 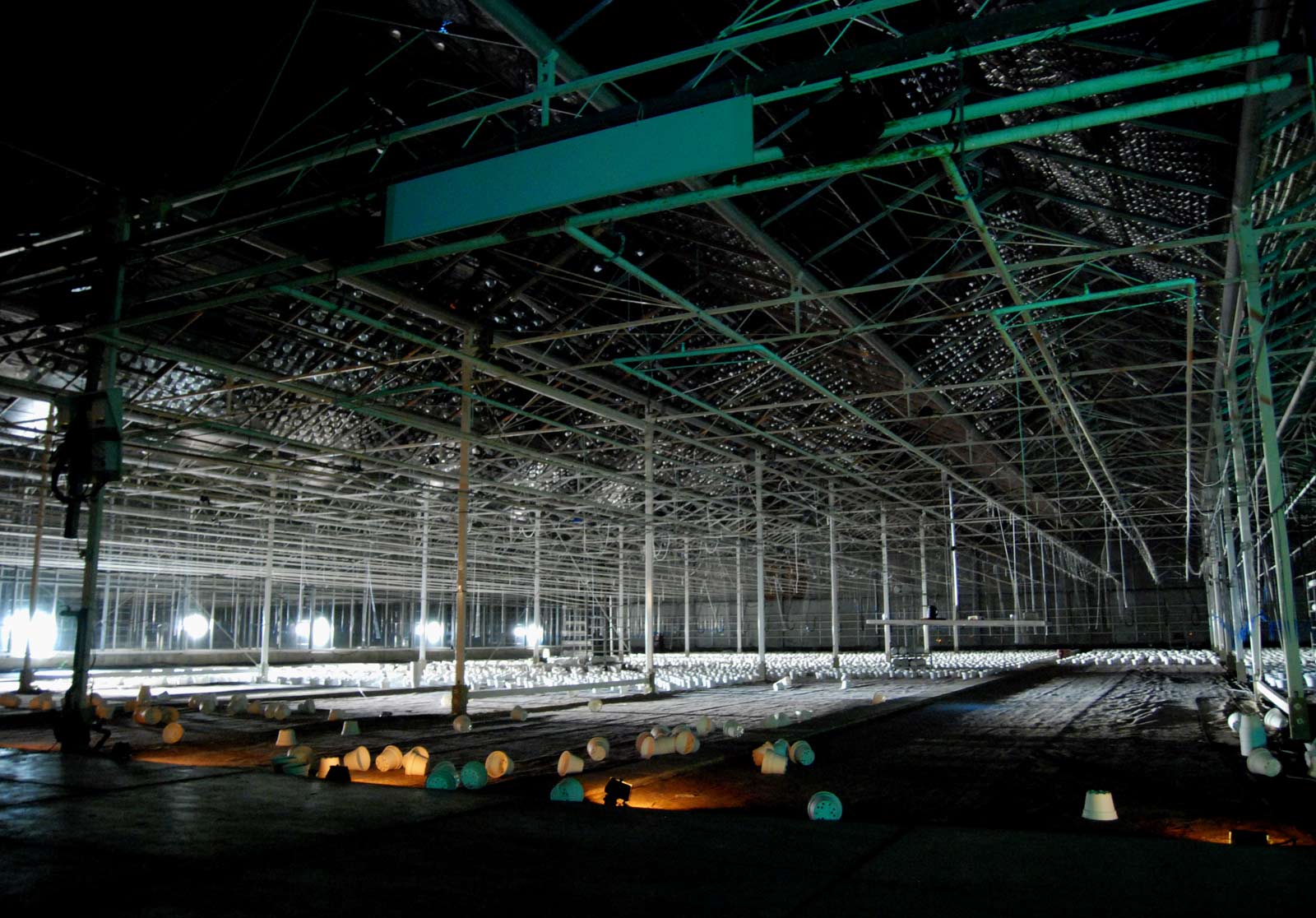 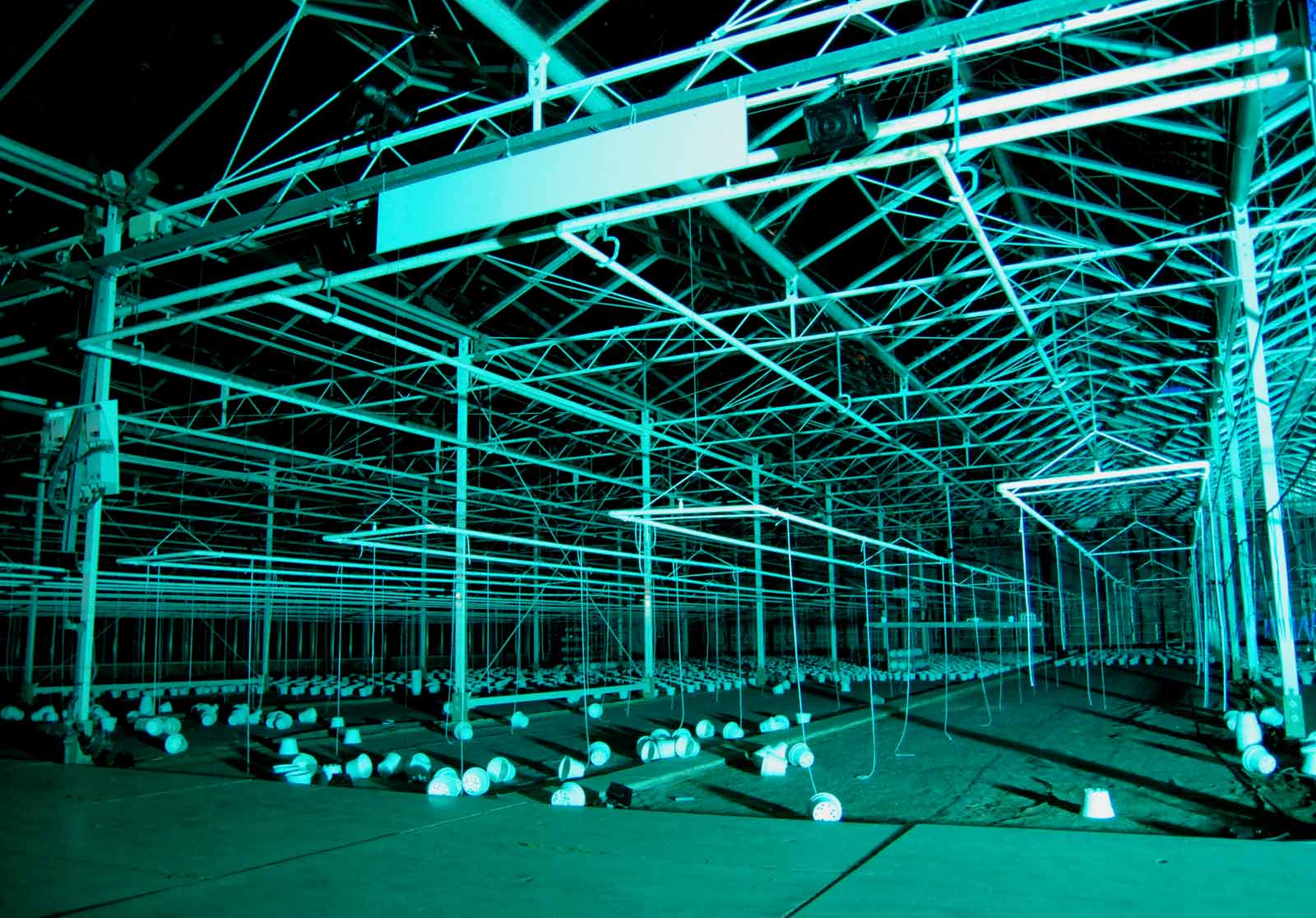 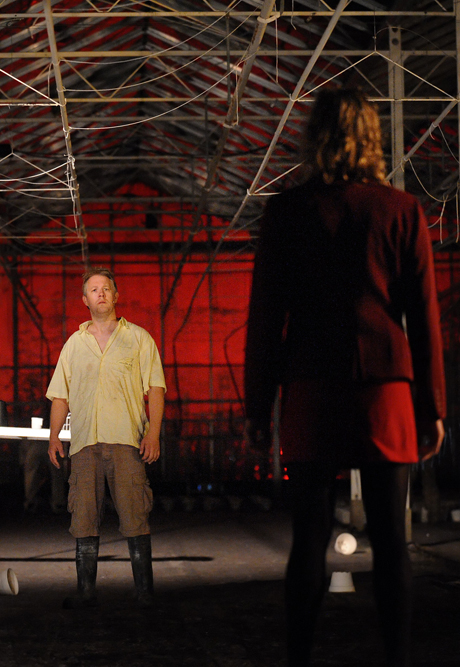 In ‘Firmy Glas’ Prins te Paard took the audience into the world of glass. Fragile as the products themselves the owners of a greenhouse try to keep up with modernization and global competition. ‘Firmy Glas’ is a play about choices. About remaining small or grow bigger and bigger and cope with the ever expanding proliferation of world economy. Or will the company be saved by Polish workers?

The audience is taken from the box office at the town square and driven in vans to the glasshouse by Polish chauffeurs. There the Glas family Firm  is celebrating it’s 60th anniversary, but it appears that the party might very well be over soon. The Firm’s very existence is at stake.
‘Firmy Glas’ was staged in September and October 2010 and was played five times in the greenhouse of Acanthus in Nagele (Flevoland, the Netherlands).