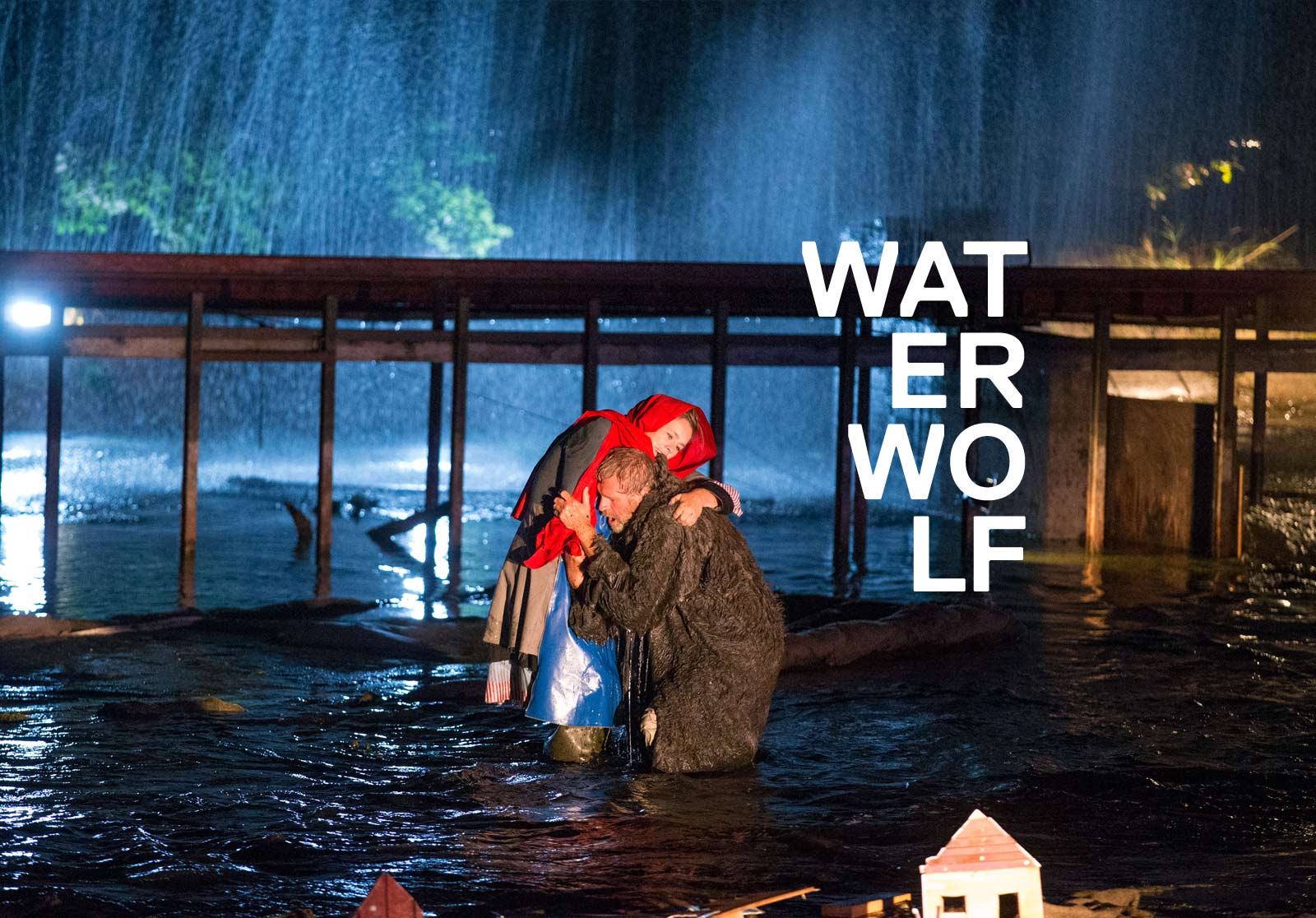 In the forest where ‘Waterwolf’ was staged, Dutch water engineers build large scale models of harbors, rivers, canals and delta’s from all over the world to study how to manage the tides and the dangers of water. When the engineers left, among many more the models of sites of Bangkok, Libia, Nigeria, Zeeland, and Hamburg remained as ruines.

In our performance an old Waterwolf lived in the Waterloopbos. It was said that he was a successful engineer in his younger years. By experiments and calculations he tamed the water until the computer took over his work. Then the Hydraulics Laboratory moved into a large hall in the Randstad, and the engineer was fired. He took a radical decision; as soon as the last moving truck had left the forest, he took up residence in one of the abandoned measurement buildings. To single-handed continue his experiments.

‘Armed with a light, the audience follows a guide through the Waterloopbos. He talks about the past, about famous hydraulic experiments. Zealand, the New Waterway, the Port of Bangkok, Lagos, Denmark. Suddenly he stops. Crackling in the distance. A shadow. Nocturnal sounds. The guide quickly leaves you at the stands and hares away. It’s dark. Flowing water, low growls.’ 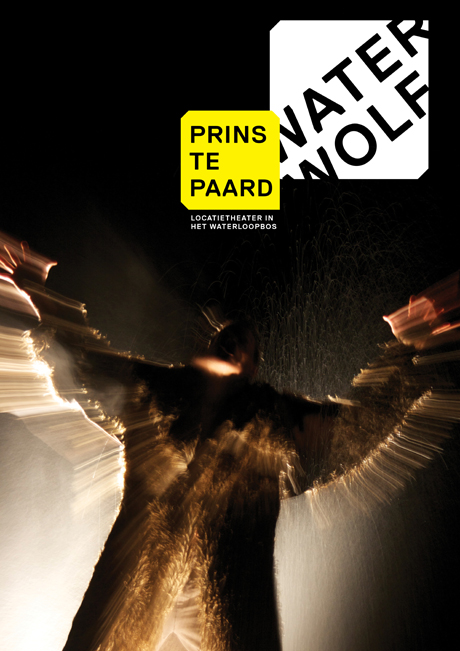